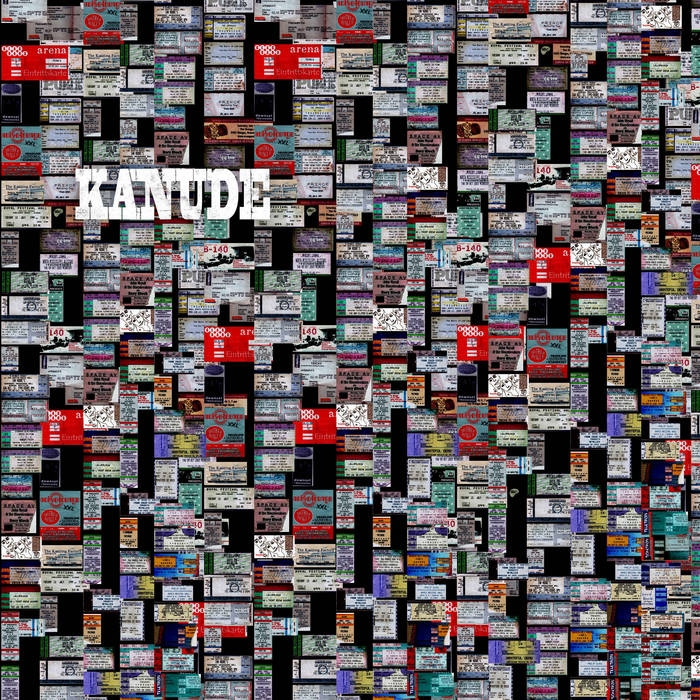 Chris Knudson returns with another "Kanude" release 9 years after his 2008 eponymous debut. Since that time, he has released a record of electro-gospel covers and originals "Kingdom" in 2013, a Christmas single "Best Christmas Ever" in 2015, sprinkled in with some music videos and a placement of the song "Wheels" in HBO's "True Blood" series by KCRW luminary and music supervisor Gary Calamar. Performing sporadically, he has moved across the country with his wife and kids more than a few times: from Houston to Los Angeles, to Northern Virginia, to Austin, Texas, to Coastal Virginia, to the Mendocino Coast of Northern California, and most recently, to Portland, Oregon and Richmond, Virginia.

Recording sessions commenced at Shirk Studios, Chicago, Illinois Nov 30 and Dec 1, 2014 with Chris producing: Matt Johnson (St. Vincent, Jeff Buckley) on a house Slingerland drum kit and Bryan Doherty on a Fender Jazz bass, while Chris performed scratch vocals playing a Wulitzer 200A electric piano or Fender Strat and owner/engineer Stephen Shirk engineered to 2-inch and Pro Tools. Vocals, guitars and additional keys were overdubbed December 8 and 9, 2014 at The Treehouse Houston, by Grammy-winning recording engineer Steve Christensen (Khruangbin, Steve Earle, Robert Ellis). Additional instruments were recorded at a home studio in Virginia by Chris in August-September 2016. Track 10 is a live vocal and guitar recording by Chris from November 2014 on computer microphone which will be used as a coda for the album.

The album was mixed by Steve Christensen at The Treehouse, Houston, Texas February-March 2017, and mastered by Chris Longwood at Studio Dede Air, Tokyo, Japan in April 2017. Album art and design by Mike Frost (SLFMP) April 2017 in Houston, Texas.

Kanude is the artist name for singer/songwriter Chris Knudson (who pronounces the "K" in his last name) primarily from the mid-2000s to the present, while based in Texas, California, Oregon and Virginia. File under: rock, americana, plant medicine, americronica. It has nothing to do with a small boat with paddles, but entirely something to do with an old Scandinavian English king... perhaps. ... more

Bandcamp Daily  your guide to the world of Bandcamp